Initiative had its humble beginning in the sit out of a sleepy residential neighbourhood of Pune. The proverbial “problems are hidden opportunities” adage and a “fire in the belly” were the only capital.

It evolved in shape, complexity and a size range which remains till today a flagship product actively imitated but yet unmatched by many copycats. LLDPE pressure vessels, another disruptive innovation which all but eliminated the mild steel equivalent had a long innings until replace by todays composite tanks.

By this time Initiative had already gained the notorious reputation all over India of being a premiere Disruptive Innovation company. Long before IOT gained acceptance, Initiative started offering its automation products with REMOTE MONITORING AND CONTROL options. The missing piece of this “comprehensive solution” was automatic water dispensing with smart cards/coins which Initiative once again became the first company in India to
introduce.

As network technology evolved, Initiative kept pace starting with 2G then 3G and now 4G integration. On the software side, Data acquisition systems evolved from PC to servers to mobile apps. With Gen Next stepping up in 2019, new efficiencies, quality systems, backward integration, cutting edge manufacturing processes and seamless information flow have all made Initiative truly ready for the next leap.

What remains unchanged in 30 years is Initiatives driving force to make Life Easier for Customers.

Our Journey to strive for Excellence 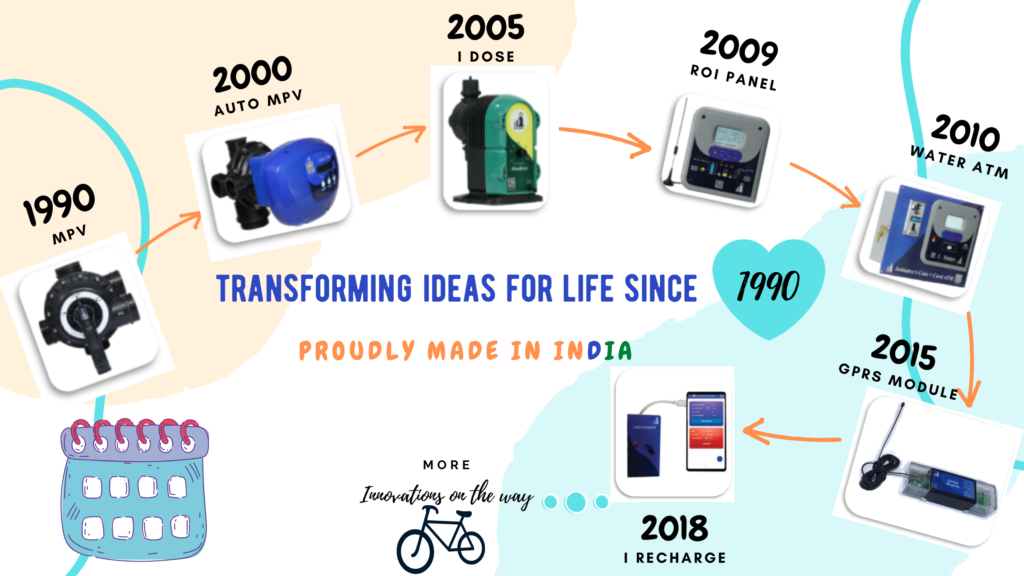 Open chat
1
Hello, how can we help you?